This is my personal website which is mainly about cooking, food and whiksy. My professioanl website is at https://satnam.fpcastle.com.

Who is this Satnam Singh?

I was born in India and when I was one and a half my mother and I moved to Glasgow in Scotland to join my father who had gone ahead. Around seven I became naturalized as a UK citizen and now I am also a citizen of the USA. I went to Napiershall Street Primary School and Hillhead High School both of which are state schools in Glasgow. I went to The University of Glasgow where I studied computing science both for my undergraduate degree and PhD. Afterwards I became a lecturer at the same university in the Department of Electronics and Electrical Engineering and later in the Department of Computing Science. I left academia to work for a series of companies: Xilinx, Microsoft, Google and Facebook (and then back to Google) living in Silicon Valley, Seattle and Cambridge UK in the process. I currently live in Los Altos in California (not far from San Francisco).

I’m married to Susan who is also from Scotland and we have two teenage kids who have lived in the USA and the UK but now have lost all trace of their East Anglia accent.

This domain name is inspired by the Deacon Blue album of the same name. Glasgow is indeed a rain town. 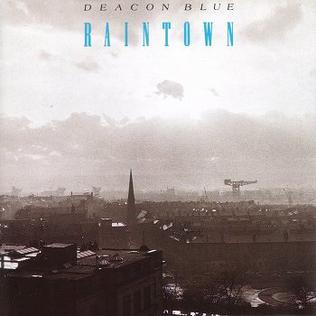