I’ve made this cripsy spicy okra dish for guests who said they don’t like okra, but said they did like this version. I don’t like slimey okra, and although the cooking process might involve a slimey stage it is important to keep cooking past this stage until the okra becomes cripsy and cruchy. 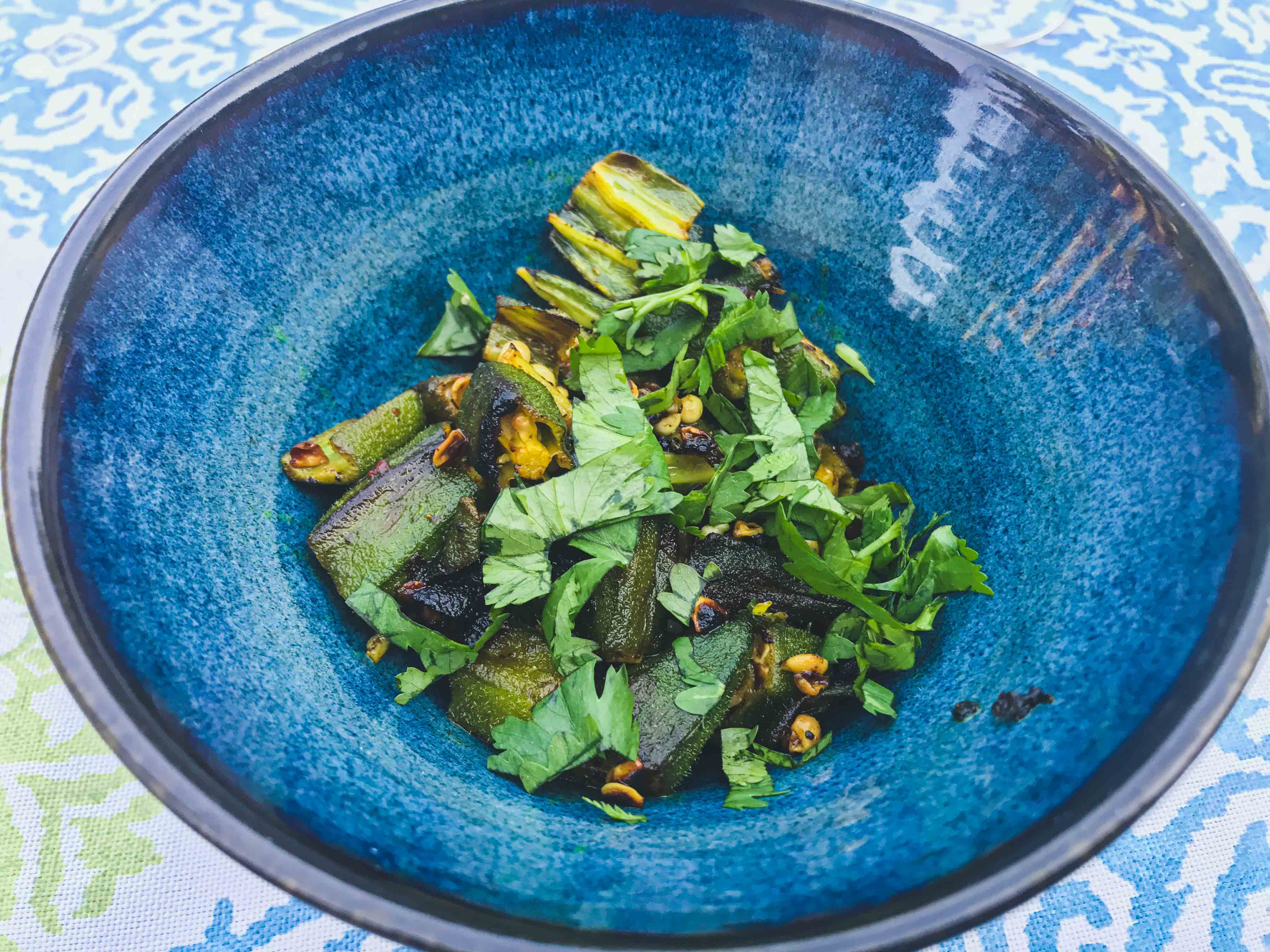 Small starter portion for 6 to 8 people.